Does My Daughter Have ADHD?

Does My Daughter Have ADHD? 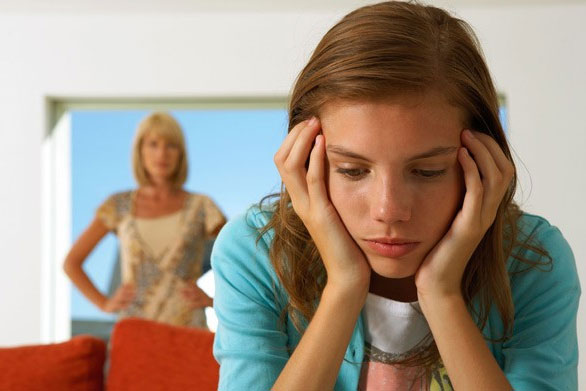 According to the DSM-5, “ADHD occurs in most cultures in about 5% of children and about 2.5% of adults. The ratio of boys to girls diagnosed with ADHD is approximately 2:1 in children and 1.6:1 in adults. Females are more likely than males to present primarily with inattentive features. ADHD is mostly diagnosed during the elementary school years and inattention becomes more prominent and impairing. During adolescence signs of hyperactivity are less common and may be more confined to fidgetiness or an inner feeling of jitteriness, restlessness, or impatience. In adulthood, along with inattention and restlessness, impulsivity may remain problematic even when hyperactivity has diminished.” There is a definite difference in how ADHD manifests itself in boys and girls and it is more difficult to diagnose in girls as the symptoms are not as glaring as they are in boys.

For girls with ADHD the main difference from boys is they don’t usually present with the same outward symptoms. Usually, when you think of  a boy with ADHD you think of the kid who can’t sit still, can’t stay seated and is constantly on the go. His symptoms affect others while girls with ADHD have symptoms that more affect themselves. The girls are more prone to the inattentive aspects of ADHD instead of the hyperactivity part that are more prevalent in boys; therefore it might be difficult to diagnose at first. Girls usually internalize their symptoms and can be seen more as a daydreamer or a student who has difficulty completing assignments, be forgetful and have difficulty paying attention. These symptoms can be mistaken for laziness or a learning disability. These girls do not always do poorly in school as they find ways to compensate. The extra work needed to do well in school can then take more of a toll on these girls who can then suffer from anxiety, depression and poor self-esteem.

So what exactly does ADHD look like in my daughter?

Difficulty paying attention– Your daughter might have a hard time focusing on what is being said to her and might seem spacey or “ditzy.”

Disorganization/Messiness– Need I say more? Is her room a disaster zone but she says she knows exactly where everything is? Do you need a map to get from one end of her room to the other? Is her backpack stuffed with papers in all the wrong places? Your daughter might also have difficulty with homework and classroom routines. Her disorganization interferes with her daily functioning.

Trouble with peers-She might have difficulty picking up on social cues or maybe she is constantly interrupting her friends because she can’t navigate turn taking or because she is impulsive.  Your daughter may even become verbally aggressive when she gets frustrated.

Nonstop talking– She might not be able to control herself and then can seem oppositional in the classroom when told to stop talking. This is the female equivalent of the ADHD boy who can’t sit still in his seat.

Emotional Lability/Moodiness-How much of her moodiness can be attributed to ADHD, normal hormone changes or possibly be related to her menstrual cycle? Does your daughter present as very sensitive and bursts into tears in the first moment she feels she is not getting her way? Imagine how difficult it might be for her to keep all her feelings in check when she is struggling to stay afloat all day and it might make more sense that the slightest annoyance can cause a waterfall of tears.

Unfinished work– When you know your daughter understands the material she just learned and she then gets a reduced grade for not handing it in, it could be due to her not finishing the assignment or simply forgetting to hand it in (or being so disorganized that she can’t find it in her backpack.)

If this sounds like your daughter it might be time to speak with your pediatrician or a mental health professional about a potential diagnosis of ADHD.